Probiotics and Colostrum for Cold and Flu Season

Common misconceptions about the flu

March 5, 2013 no comments in Symbiotics Life 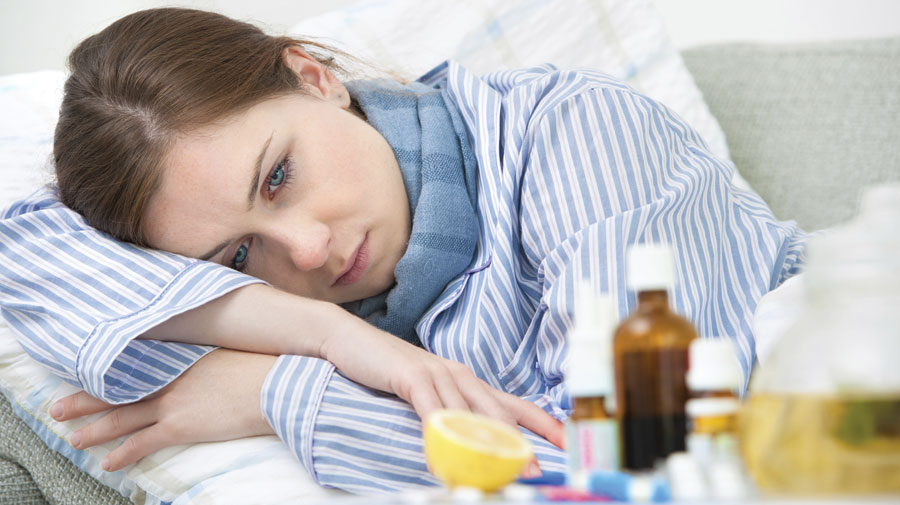 We get a lot of information from commercials, TV and our friends, and it can be easy to start believing certain myths surrounding common bugs like the flu. Although getting the flu is a natural occurrence, especially during flu season, many still don’t know how to prevent or treat this potentially serious malady. According to the Centers for Disease Control and Prevention, the flu affects 5 to 20 percent of Americans annually. In order to boost your immune system health, it’s helpful to find the truth among all of the misconceptions.

Myth #2: You can’t get the flu twice in the same season.
Although we wish this were true, it’s a misconception. There are many different types of influenza that may be circulating, according to Dr. Carolyn Bridges, associate director for science in the influenza division of the CDC. Just because you’re protected from one strain doesn’t mean your body is safe against other forms of the flu.

Myth #3: If I get a flu shot, I’ll get the flu.
Many neglect to get a flu shot because of the fear that they may get the flu. However, this is not necessarily the case. The Centers for Disease Control and Prevention stated that the influenza viruses contained in a flu shot are inactivated so that you’re not prone to infection. The vaccine is even tested to make sure that it is safe. Mild reactions have been reported from the flu shot, such as soreness, redness and swelling.

Myth #4: If you show no signs or symptoms of a cold, you’re not contagious.
Just because you’re not showing symptoms of being sick doesn’t mean that you can’t spread illness to others. According to ABC News, there’s an incubation period of a few days during which you may not show any signs of being sick. However, you are the most contagious when symptoms begin to arrive. Younger individuals may be contagious for longer periods of time than healthy adults.

Myth #5: The only way to protect yourself from the flu is with a flu shot.
Although a flu shot is a great way to ward off the flu, it’s not the only method you can use to protect yourself. Harvard Health suggested avoiding contact with those people who have the flu, washing your hands on a regular basis and taking anti-viral medication.

Myth #6: Chicken soup will aid in the recovery process
Although hot liquids like chicken soup may taste good and help to soothe the throat, Harvard Health explained that it does not contain any specific qualities that may help to ward off the flu.